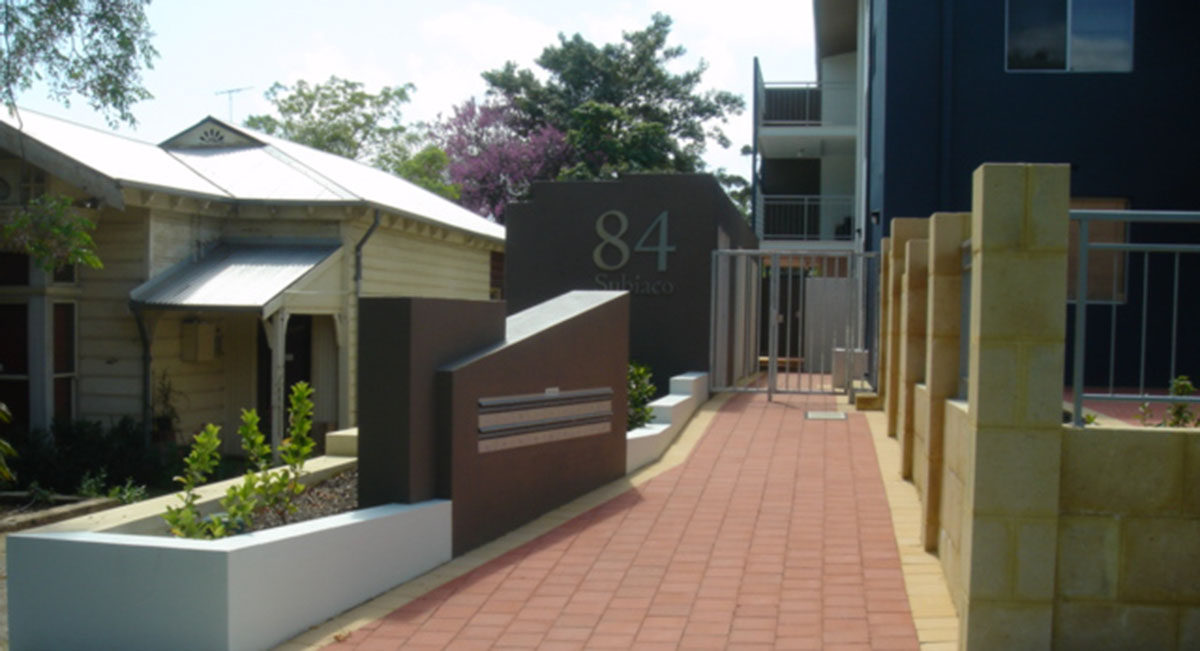 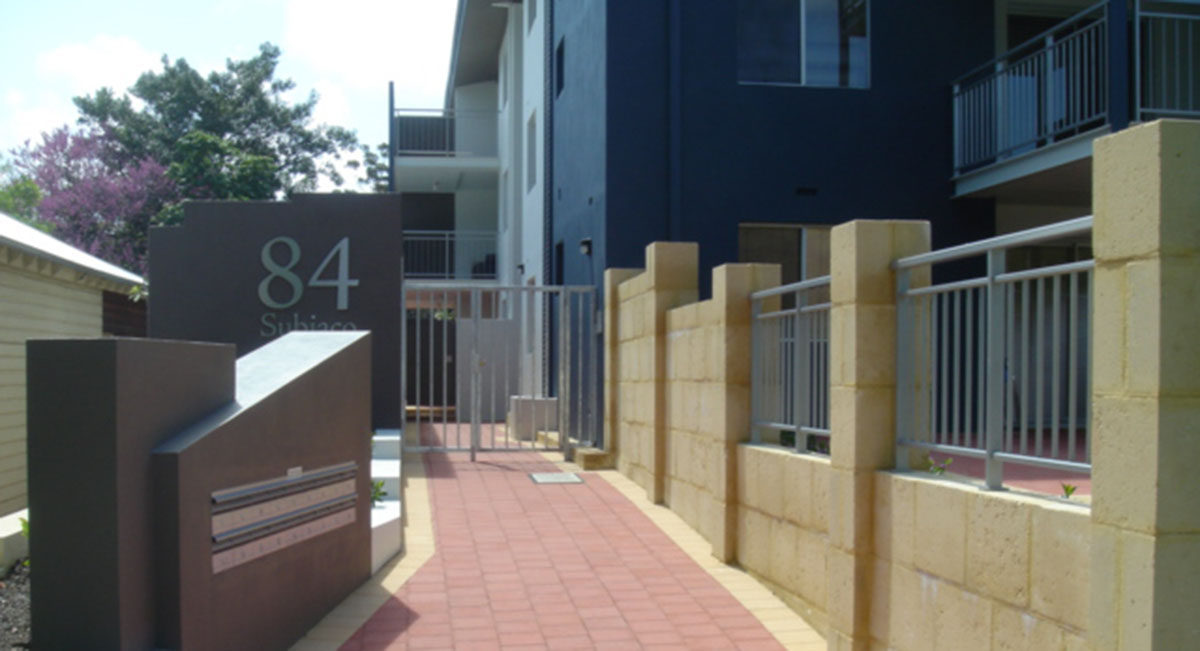 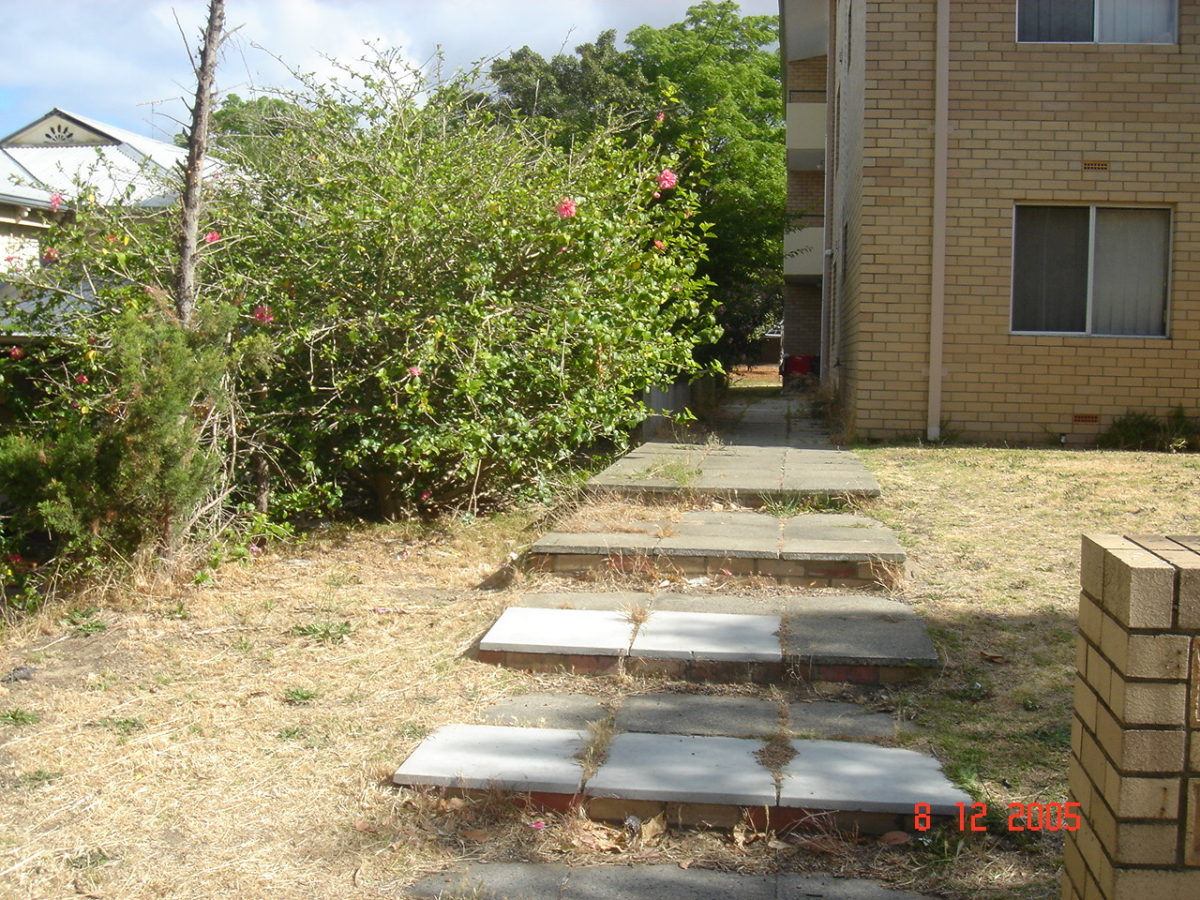 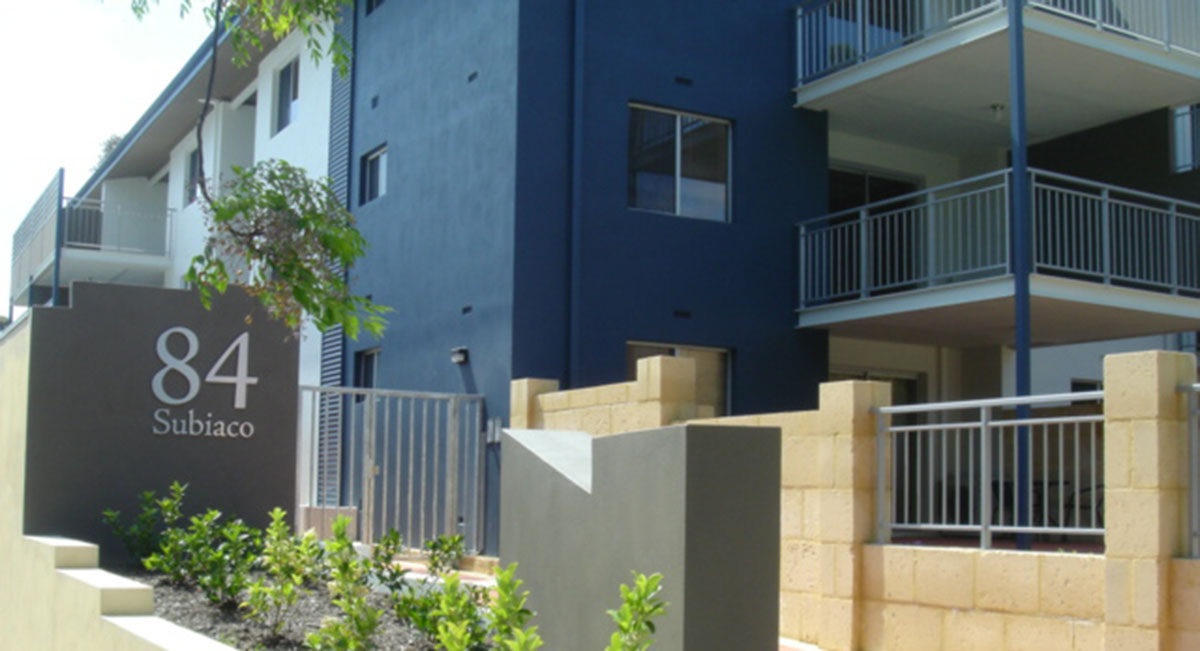 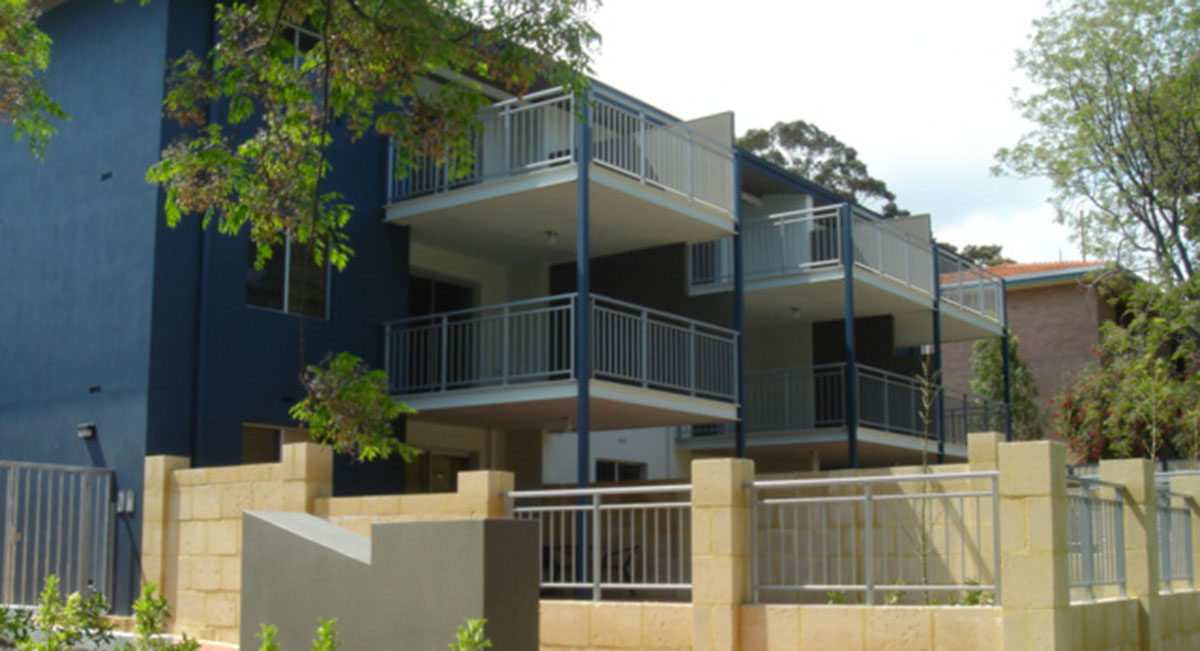 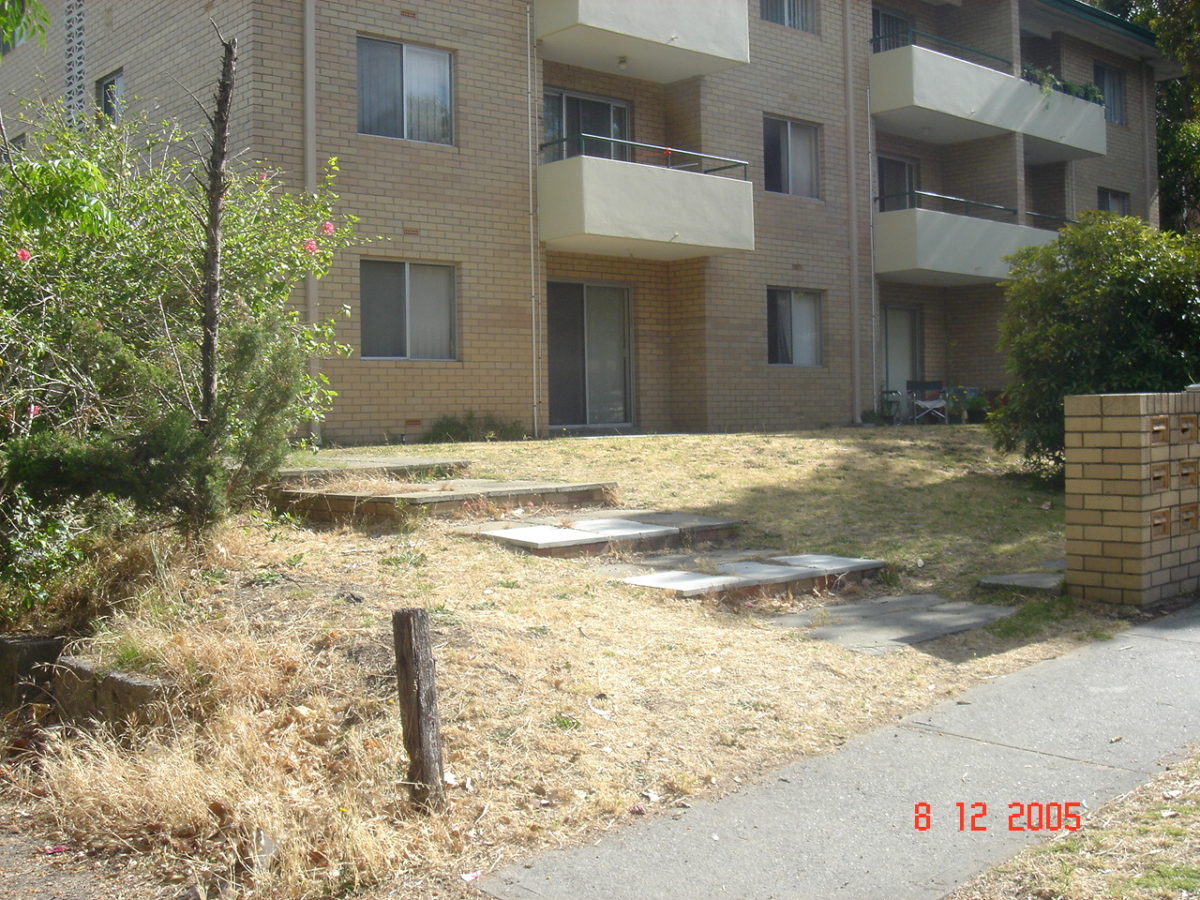 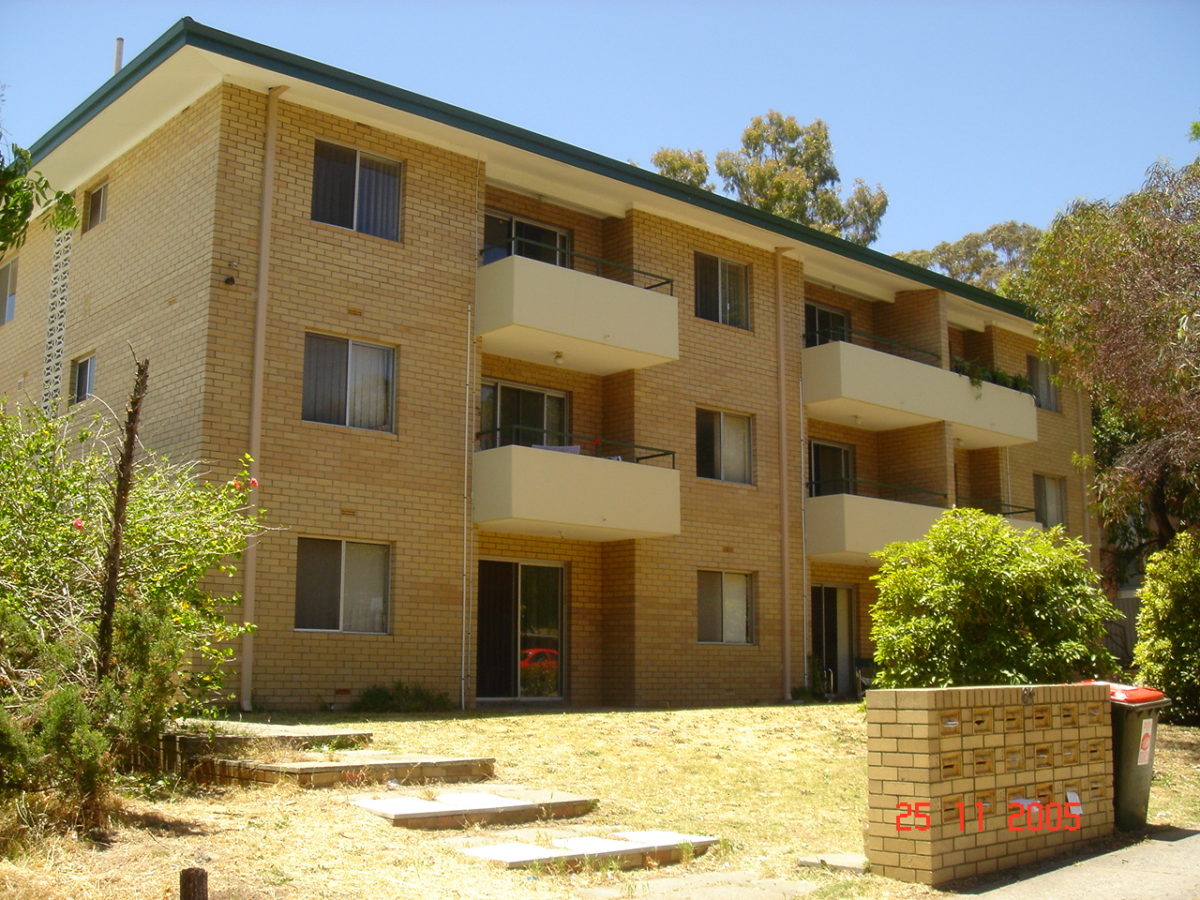 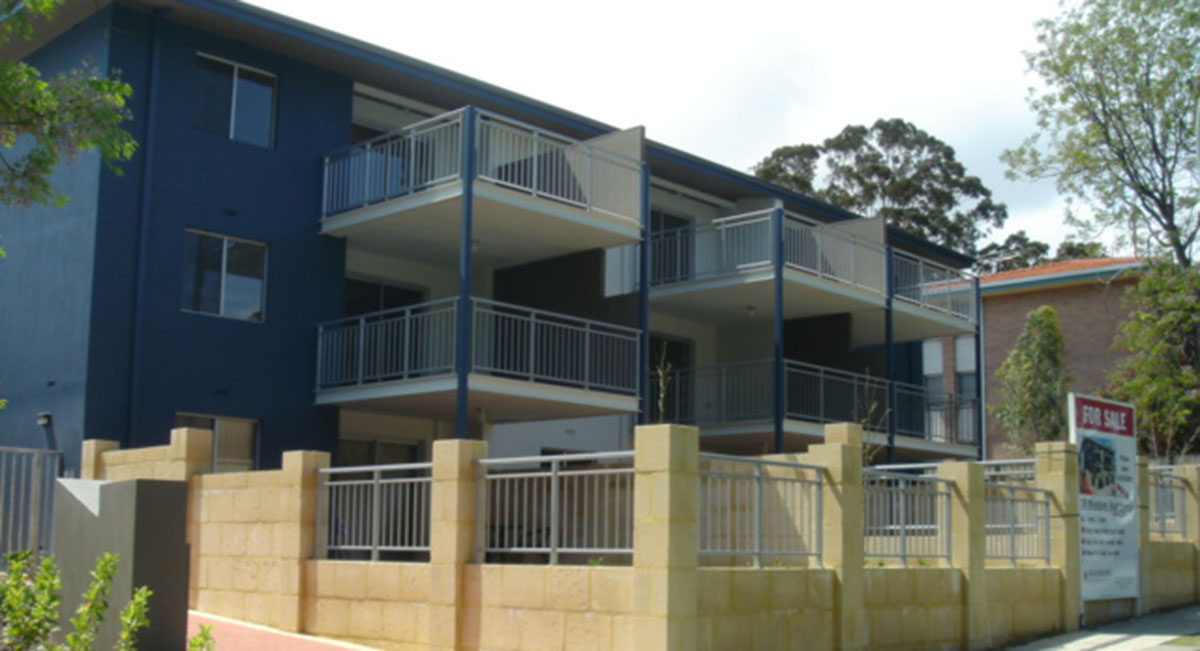 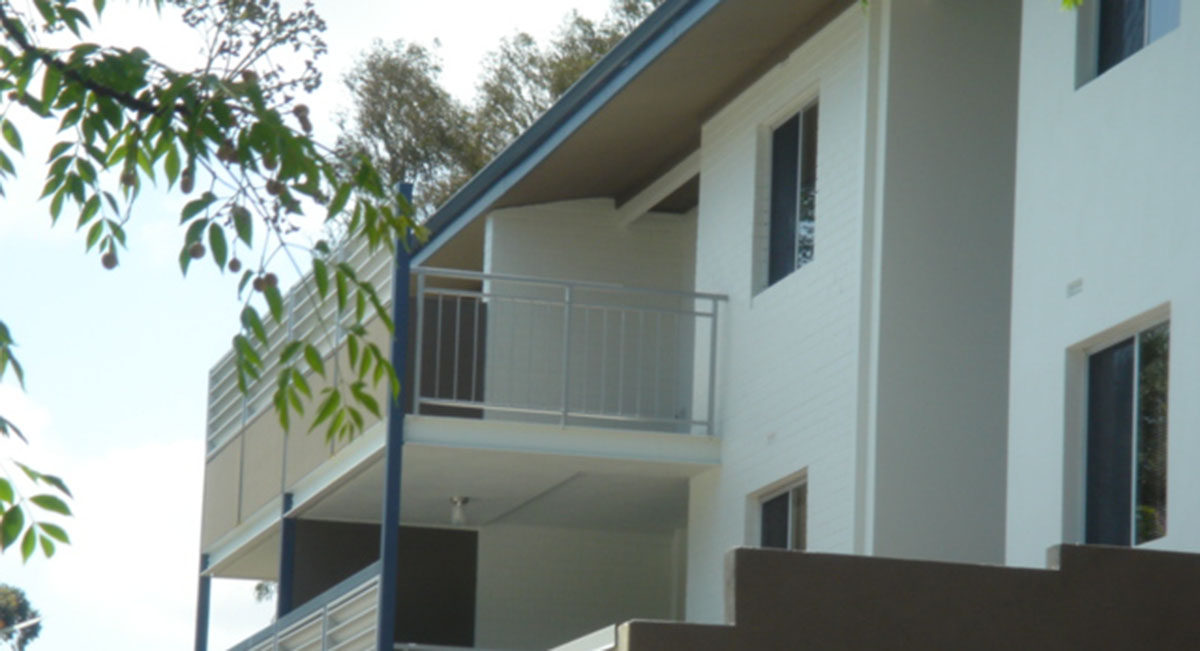 Our Services provided for this project:

This 3 level structure consisted of 3 separate blocks connected by external walkways. The 18 flats were timeworn and all consisted of a 2 bedroom / 1 bathroom layout with small balconies. The existing open carpark was situated at the rear of the property adjacent to the railway.

Prior to preparing documentation for the proposed refurbishment it was necessary to re-document the existing buildings from the existing architectural drawings with imperial dimensions & on site hand measuring.

The refurbishment & general upgrade consisted of creating an identifiable entry to the property which was lacking as can be seen in the before photographs. The ground level apartments were provided with private enclosed courtyards and the upper level apartments with large extended decks.

On the site 18 storerooms for each apartment were constructed & a communal area at the rear of the property with bbq area, covered gazebo & other communal facilities. The carpark was covered with large open carports & both the pedestrian & vehicular entries were secured with remote gates with intercoms to the apartments.

A Development Approval was obtained & the Building Permit was granted by the City of Subiaco in 2006. The refurbishment was completed for strata titling & sales by the end of 2007. 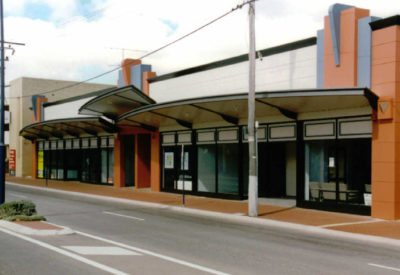 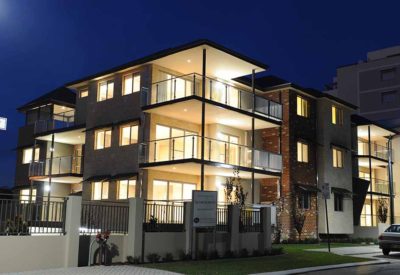 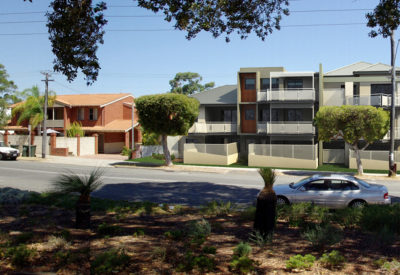